DOWNLOAD this app from your smart phone’s APP STORE (available on both iPhone and Android). Complete details and photographs are on the tour which encompasses just 12 stops in a walkable one-mile. You can also view it on any device—computer, phone, tablet or television. 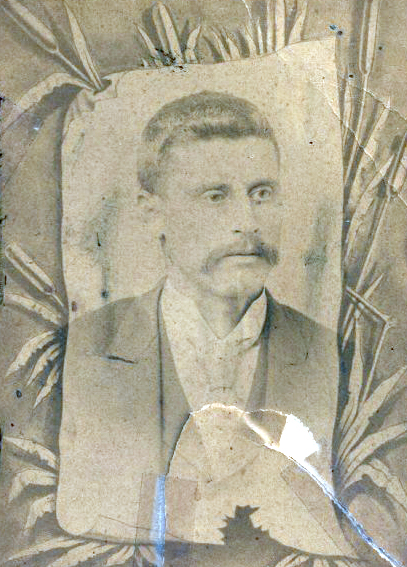 John Carroll Houston, IV was the first permanent settler in the Eau Gallie area in 1859. A relative of Sam Houston, Houston had been sent to the area by the United States Army to determine how many Native Americans were still living in the area after the Third Seminole War.

In 1859, after Houston had been discharged from the Army, he walked on the Hernandez/Capron Trail back to the area with his oldest son and 14 slaves. They began clearing land and building a home. In 1860, he brought his wife and other children here. Houston named the area Arlington, for a community near Jacksonville where he had once lived.

The cabin sat on his homestead of 160 acres, including all of the land lying north of Elbow Creek (now called the Eau Gallie River), east to the Indian River, and west perhaps all the way to Lake Washington. His home was built of crude logs chinked with clay and burnt oyster shells. Palmetto roots and green boughs were burned at night to create an anti-mosquito smoke screen. They had a sugar cane mill propelled by a horse or oxen, and also raised rice.

At the close of the Civil War, Confederate Secretary of War John C. Breckenridge, trying to escape capture by the Union forces, came down the Indian River in an attempt to reach Cuba and safety. Near Eau Gallie, his sailboat sprung a leak. He came ashore at John Houston’s dock and asked for help in caulking the boat. Houston, a Confederate sympathizer, gave his assistance. 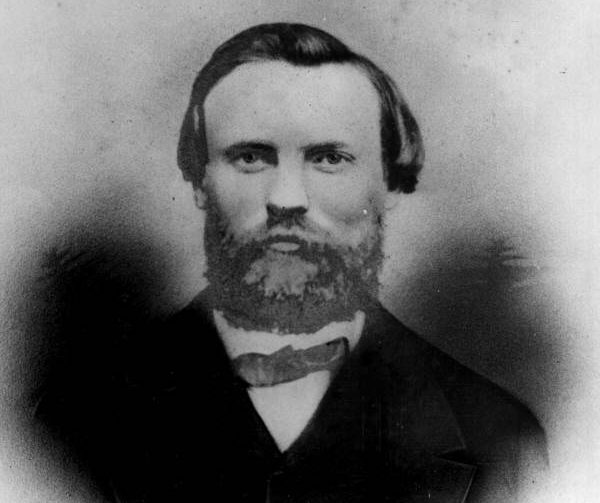 Former lieutenant governor, William Henry Gleason founded the city in 1860. While traveling along Florida’s coast, Gleason passed many charming harbors. He liked one such area so much that he purchased most of it (16,000 acres) at $1.25 an acre and named it Eau Gallie which is French for “rocky water” referring to the coquina rocks along the shore of the Indian River Lagoon. 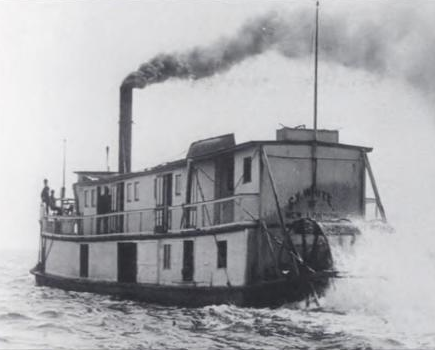 The late 19th Century saw early development in Eau Gallie. In the 1870s, A.G. Hill and H.R. Olmstead opened stores. Eau Gallie actually served as the county seat of Brevard County from 1874 to 1878. Before the railroad came, the main means of passenger and cargo transport to Indian River towns was by steamer.

The Florida East Coast Railroad (then named the Jacksonville, St. Augustine, and Indian River Railroad) reached Eau Gallie in 1893. The railroad eventually eased the Indian River steamboats out of business, but it was many years before the settlers willingly gave up steamboat travel altogether. 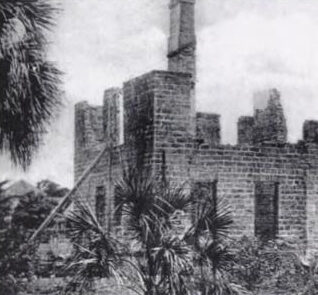 Ruins of Granada After 1902 Fire

In 1872, W.H. Gleason offered the Florida legislature 2,320 acres in the Eau Gallie area for a state agricultural college. The offer was accepted and construction began on the west bank of the Indian River (along what is now Pineapple Avenue) of a building made of coquina rocks, quarried from the nearby river.

But in 1877, a change in politics in Tallahassee led the college site to be changed to Lake City. (This was the forerunner of what is now the University of Florida.) The one college building in Eau Gallie was sold to Gleason who turned it into the Granada Hotel.

From those earliest days, the Indian River Lagoon has provided economic and recreational benefits to the inhabitants of Eau Gallie. Early pictures show fishermen with large numbers of fish reaching four foot in length. 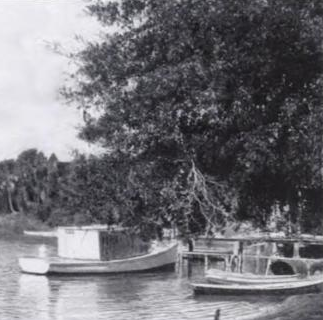 During the period of 1885-1889, a boat yard and basin was established by Capt. Aaron Bennett, known eventually as the Eau Gallie Yacht Basin. It was considered the best safe deep-water harbor along Florida’s East Coast. Thus Eau Gallie (and later Melbourne) became known as the Harbor City.

The Kentucky Military Institute moved its winter headquarters and school to Eau Gallie in 1904, coming here from Lyndon, KY. In 1906, a small colony of Japanese farmers settled in Eau Gallie. There were four families: the Ohis, the Haradas and the Ozakis (two separate families of Ozakis). The first “railroad doctor,” Dr. W.J. Creel, came to Eau Gallie in 1910.

The first bridge across the Eau Gallie River was built in 1895. It wasn’t until 1924 that the first bridge across the Indian River at Eau Gallie was built. The bridge was built by Grover Fletcher and opened on February 22, 1926. It frequently caught fire in the 1920s and 1930s. After having his sleep interrupted by 16 bridge fires in a 14-night period, fire chief Joe Wickham resigned.

In 1927, John R. Mathers constructed a toll bridge from the mainland to Merritt Island, known as Mathers’ Bridge, located elsewhere. This bridge named after Dr. W.J. Creel was constructed later. On May 8, the 51-room Harbor City Hotel opened at the Eau Gallie end of the bridge. First owned by Dr. W.J. Creel, it was later renamed the Oleanders, the Imperial in 1958, and then the River House.

As Eau Gallie grew, it became a community center. In the 1920’s and 1930’s, visitors flocked to the Oleanders Hotel. A local poster in 1935 lists an array of community activities celebrating George Washington’s birthday. Crowds of residents and visitors marked Washington’s birthday at the corner of Pineapple and Eau Gallie Boulevard with fish fries, horseshoe and shuffle board contests, girls’ and men’s athletic events. There were Baby Parades and political speeches. A dance at the Eau Gallie Yacht Club capped the activities.

Reacting to low economic conditions, high crime, and undesirable conditions in the late 1990s, the citizens of the Eau Gallie Community banded together to work with the City of Melbourne to restore a sense of community and revitalize its waterfront community ambiance of earlier times. Eau Gallie joined with the City of Melbourne in 1969, but locals still call it Eau Gallie. The force of the community effort helped to create a Community Redevelopment Area in 2000 and a designation as a member of the Waterfronts Florida Partnership Plan in 2003. This plan is directed toward identifying and implementing the vision for the community that was developed during town meetings and inputs made to the Redevelopment Advisory Committee and the Waterfronts Florida Committee and subsequent deliberations of the Waterfronts Committee. 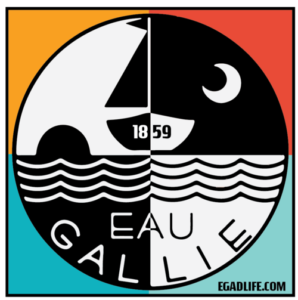